Earlier in the year, Sally Boer, Dale Browne and myself had the pleasure of undertaking condition audits of saltmarsh, mangrove and freshwater wetlands, lakes, waterways, frog ponds, and bioretention assets across Sydney Olympic Park to inform the development of an Asset Management Plan. These systems have a range of environmental values including carbon sequestration, stormwater harvesting and habitat creation, to name just a few. In honour of Australian Water Week, I thought I would share a few of my learnings and photos of some of the endangered species we encountered while in the field.

This little Froggie is listed as Endangered in NSW and is under pressure from Chytrid fungus, habitat loss and degradation, and predation from/competition with pest species .  To help combat these, the Sydney Olympic Park Authority (SOPA) has been creating and nurturing  pest-free, healthy, and complex habitats to support successful breeding. This is a lot easier said than done but the dedication of the SOPA staff is achieving success and we were lucky enough to see two green and golden bell frogs, a very special and rare encounter particularly for the time of year. 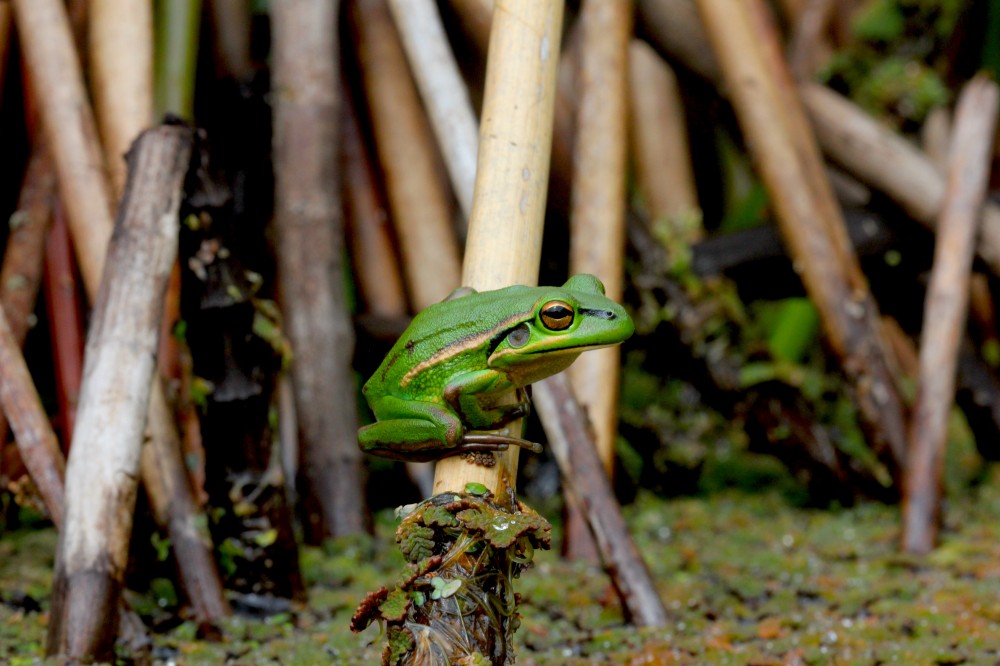 This plant is listed as Vulnerable in NSW and is in under pressure from habitat loss, degradation, changes in ecology, and terrestrialisation. As sea levels rise and sediments are deposited into estuarine areas, the interface between mangroves, salt marsh and terrestrial vegetation changes. Wilsonia is known to occur on the margins of salt marshes, and therefore a “dynamic” edge could be unfavourable. 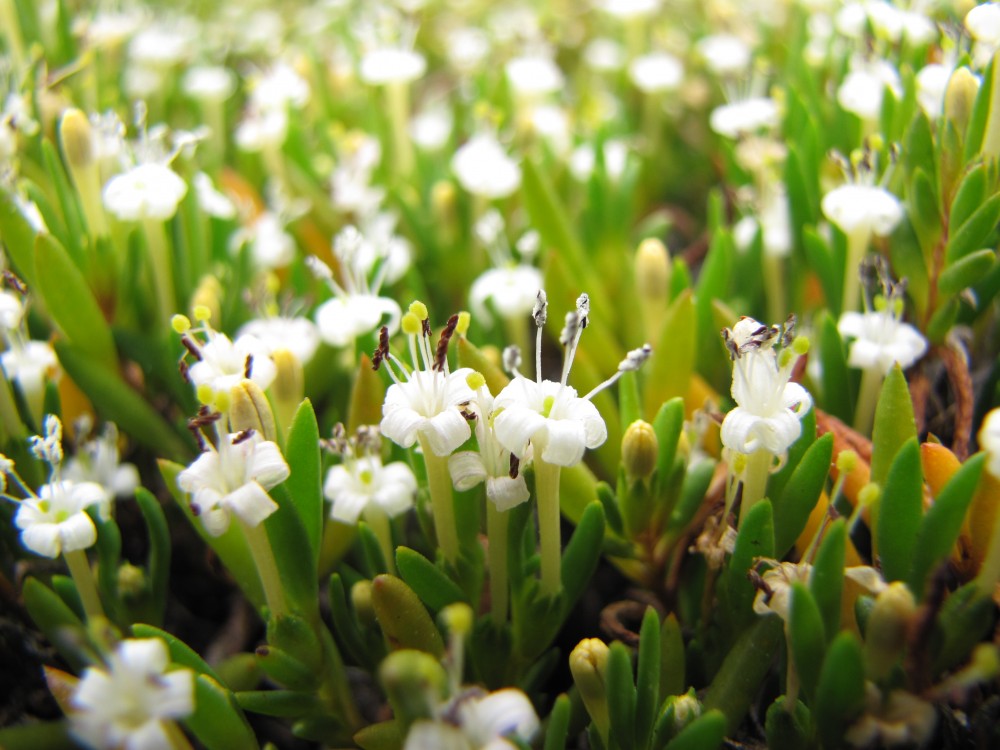 It was privilege to get to see both of these species in person. The importance of being an advocate for the environment and empowering ourselves through interest and education has really resonated with me.  The integration of water and nature within our cities is possible, with foresight and effort, as demonstrated at Sydney Olympic Park.  So Brisbane, what will our environmental legacy be?