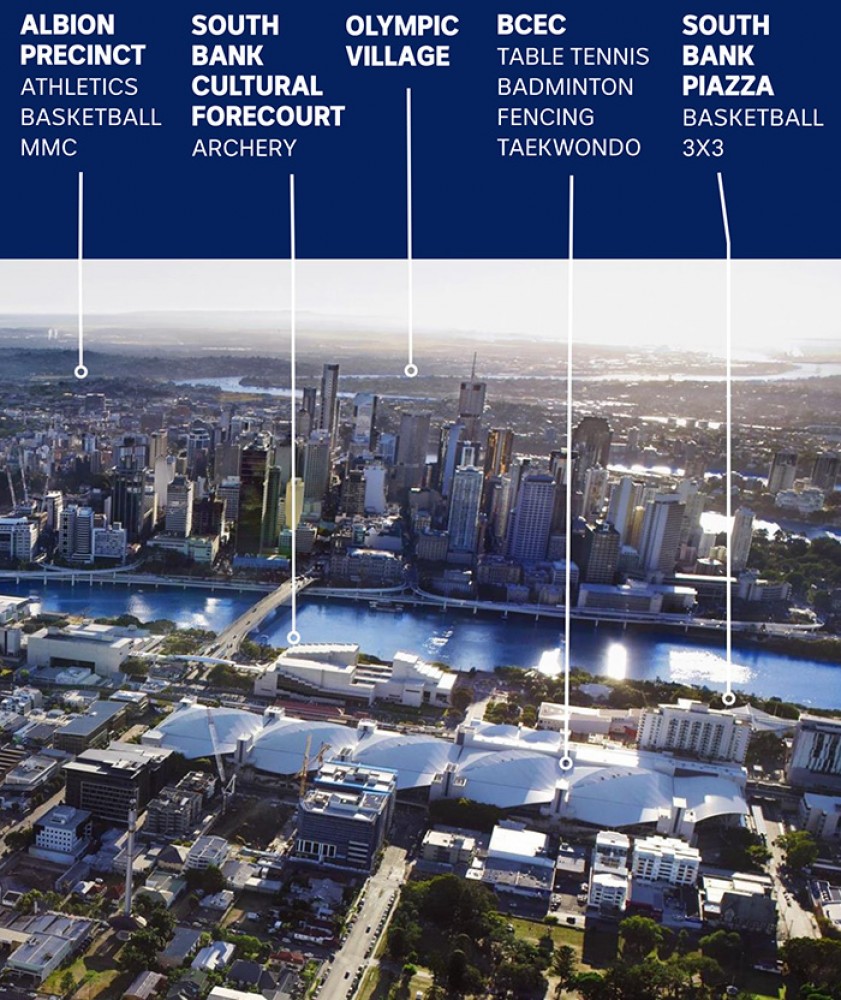 Wow!  What a moment for Brisbane, and a huge congratulations to all involved.  Brisbane as an Olympic City may have been a difficult concept to fathom when Sydney was announced as the host of the 2000 games. But Brisbane, and the SEQ Region more broadly, have come a long way in that time. Nevertheless, this is not a time to rest on our laurels - continuing that journey to make Brisbane a world-class city in 2032 will be the key to capitalising on the Olympics and building a long-term and sustainable legacy that makes the gigantic investment worthwhile.

A ‘sustainable’ Olympics uplifts the city, not just the venues

For many cities, hosting the Olympics has created a heavy burden of debt and left disused venues scattered across the landscape – relics of a short-lived glory with no real long-term value for the community. Understandably, the sustainability of the Olympic model – with potentially huge economic, social and environmental impacts – has come under fire and has led many cities to shy away from taking on the challenge. It seems the Brisbane bid has been largely won off the back of a new model for an Olympic Games, one that presents lower risk for the host city by largely making use of existing facilities across an entire region. This obviously has huge benefits from a sustainability perspective, building on infrastructure and venues that are already servicing the community and will continue to enrich the region.

E2Designlab’s Celeste Morgan was part of the team that developed the sustainability strategies for both the London and the Rio Olympic Parks. Reflecting on the opportunity for Brisbane, she said:

“What a sustainable legacy looks like is different for every city, and if it’s not viewed as an opportunity to make transformational change on a city scale, then Brisbane will be missing a trick. You have to look beyond the venues and the event staging itself, and think about how this can drive big picture sustainability. The London games fundamentally re-framed the Olympic concept to be a catalyst for city-shaping rather than a transient event. The legacy of the games became the focus and was used to channel investment into long-term change in the Lea Valley, revitalising a neglected part of London and bringing the river and the natural landscape back to life. Layered on to this was a whole suite of smart infrastructure and material innovations in the individual venues, but by far most important moves in sustainability terms were the place-shaping regeneration and green infrastructure foot-holds that changed London for the better.” 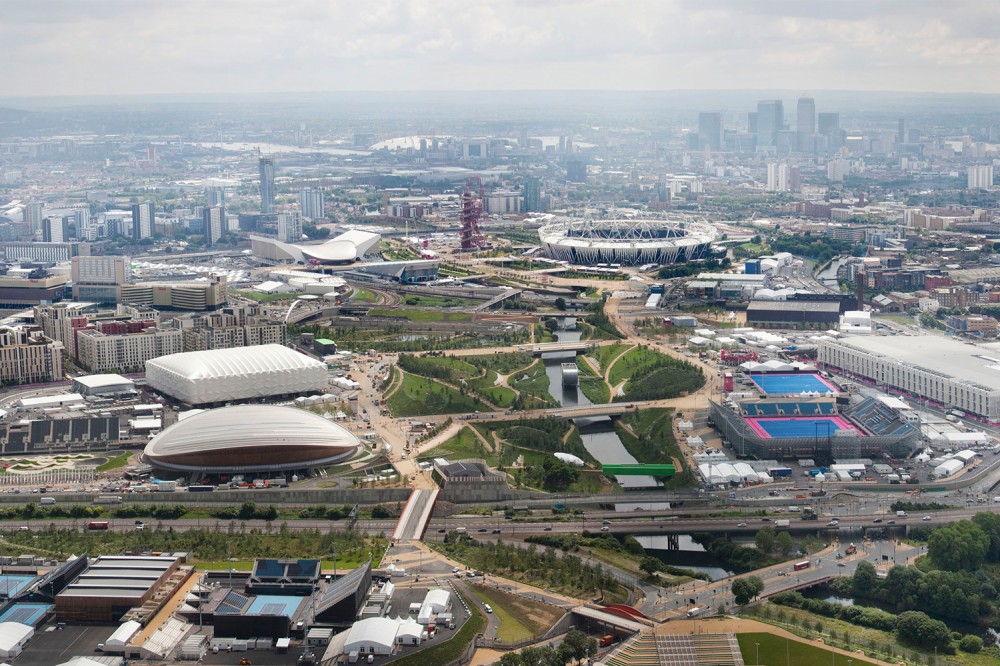 Closer to home, the Sydney games delivered a long-term legacy through the reviltalisation of Homebush Bay, now boasting 304 hectares of environmental conservation land at Sydney Olympic Park including mangrove, salt marsh and wetland habitats creating a hotspot of biodiversity and supporting threatened species. 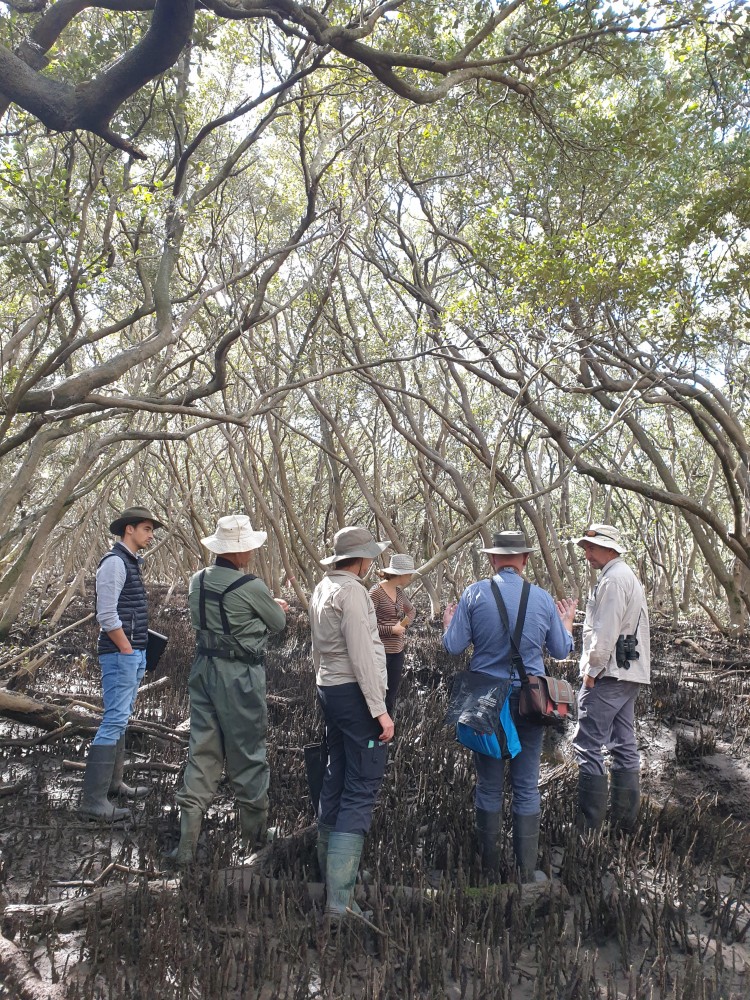 E2Designlab inspecting the mangroves in the Sydney Olympic Park

Green infrastructure could be the centrepiece for Brisbane’s Olympic legacy

We are living in a time of unprecedented change, challenge and opportunity, on a scale not seen since the industrial revolution.  On the back of a changing climate, decarbonisation and a global pandemic, how can Brisbane deliver an Olympics for a new world?

Come 2032, we’ll have the full attention of the global media, and we will need to collectively put our best foot forward to promote the city as a global destination and a leader in responding to the many challenges of the 21st century. Anastasia Palaszczuk has already highlighted the importance of the region as the backdrop for the games as “a place of natural beauty” with “clean, clear coastal waters”. Yet, there is much work to be done to ensure Brisbane is a leader in sustainability in 2032 and a picture of health that matches the postcard.

We need to ensure the decisions made now result in infrastructure investments that are indeed world-leading in 2032.  While much of the talk about investment has been around transport and venues, the city’s natural infrastructure could be one of the most crucial investments for the future. Between now and 2032, we are likely to move through at least one severe drought cycle, and may be in the midst of another.  Our role will be to ensure that the city remains pleasant even in an increasing drier, hotter climate, to improve the experience of residents, athletes and visitors, and remain attractive even in the midst of drought.  Delivering this outcome will require best use of fit-for-purpose water resources like stormwater and recycled water to feed our urban trees and irrigate our green spaces. It will require a re-think of our urban landscapes to protect and revitalise our urban waterways and beaches as the City grows. Our infrastructure must be green, multi-functional, zero-carbon and prioritise people over cars.

Achieving this outcome will require a concerted effort from the whole place-making industry - architects, landscape architects, urban designers, engineers, ecologists and scientists. It will be up to us to advocate for these outcomes and demonstrate that they are both necessary and achievable when we set our minds to it.  This is a once-in-a-century opportunity for Brisbane, and its legacy will last decades afterwards.  We have but one chance to get it right, and we’re looking forward to making sure that Brisbane is still the winner in 2032.